Are you searching for a place for a multifamily residential and retail development? You might want to look near mass transit. The U.S. Department of Transportation has announced 17 projects have received almost $4.8 billion federal funding commitments in total. This only includes programs funded by the Federal Transit Administration’s Capital Investments Grants (CIG) Program.

The purpose of the FTA discretionary grant program is to fund transit capital investments, such as commuter rail, light rail, streetcars, heavy rail, and bus rapid transit. Agencies applying for CGI funding must complete steps for the duration of the project.

What’s more is that the administration will execute four more agreements for $1.5 billion in CIG funding if the projects meet the program requirements. This number jumps from the same period in the previous administration in which FTA funded 10 projects for $1.08 billion.

One company has proposed a mixed-use project that could potentially build 18,000 square feet of retail, a hotel, and residential units. In another area of Atlanta, an 8 million-square-foot mixed-use project is undergoing development.

Because mass transit riders may not be able to carry much and they’re often in a rush, small items and impulse products tend to do well in transit-oriented developments. Developers need to consider critical mass, not just transit.

Transit projects also generate huge opportunities for multifamily housing developers, especially those that build affordable units. The people who use transit the most are the ones who need affordable housing. Denver has learned that this is exactly what happens.

“Why Affordable Housing Is So Important for Development Near Transit” says that those living in market-rate residences own at least one vehicle. From this group, almost 70 percent use a personal vehicle for their transportation needs. On the other side, 66 percent of those living in low-income residences rely mainly on transit.

The story says that if there isn’t affordable housing near transit expansion areas, then the project could fail. Multifamily housing developers also need to keep the Millennials in mind because they also want to live close to transit areas.

“LA Transit Development” explores how a TOC program may shift housing and transportation trends in Los Angeles. LA voters approved a measure that requires apartment developers to build affordable housing or else pay a fee. The article concludes that the vehicle-heavy city will shift toward becoming a multi-mobile one and residents will clamor for homes near transit.

One of the most critical parts of any development project — retail or apartment — is security. Whether under construction or completed, you want eyes on your property especially when it’s near mass transit. You might be interested in one of these guides: retail security
or apartment security.

To learn more about proactive security solutions for retail and multifamily residential properties, please contact us. 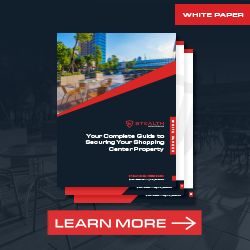 This Is How Crime Affects Commercial Property Management in the Pandemic