Idle construction sites can be very alluring. They tempt trespassers for a variety of reasons. Whether someone is looking to steal materials or it’s a group of daredevils seeking out fun, when unwanted visitors enter a construction site, they can cause significant damage.

A vehicle was spotted parking next to a Montreal construction site. Three people exited the car, approached the site, then entered it. Minutes later, the trio exited the site with tools, then re-entered it once again. This pattern continued multiple times.

Our operator, who was watching this suspicious activity, called to dispatch police and gave them the suspects’ last known whereabouts. When officers arrived on the scene moments later, they intercepted the trespassers and placed them under arrest.

There are so many reasons why unauthorized people shouldn’t enter a construction site. Not only is there typically expensive equipment, tools and supplies lying around, but there could also be hidden hazards which could cause serious injury.

Remote video monitoring can help deter trespassers and minimize theft and liability. Trained security professionals monitor analytics-based cameras to keep watch on a site. If something suspicious is detected, the monitoring operator can quickly assess the situation and react in real time. This could mean activating an on-site speaker to warn the trespassers they are being watched and to leave the premises, as well as contacting law enforcement. As you saw in the video, officers arrived while the suspects were still at the site, something that can only happen if someone is actively monitoring the situation.

If you would like more information about a proactive security solution for your construction business, contact us. 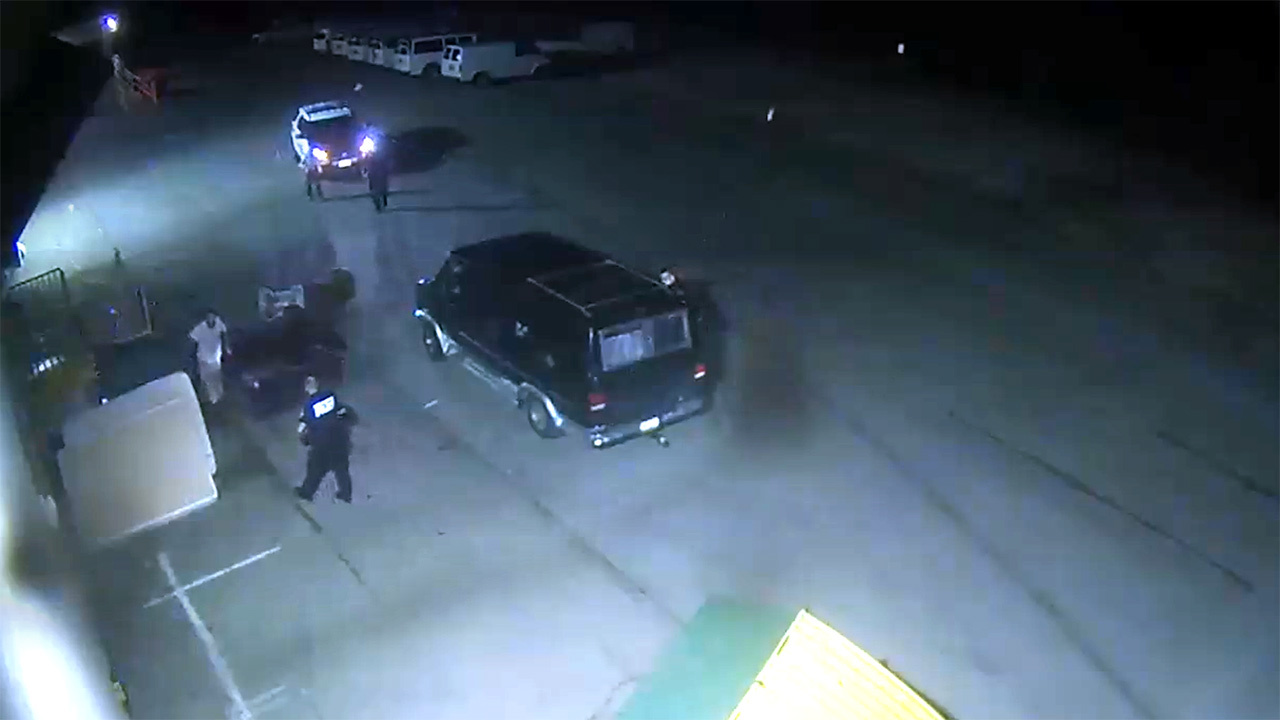