When the Toronto Police Service Guns and Gangs Unit worked late into the night and early morning hours investigating an incident, Farshad Raoufi, Video Analyst Manager here at Stealth, burned the midnight oil alongside them. The incident in question concerned a shooting involving kids. As you can imagine, the police were anxious to get any evidence that would help them solve the case.

Despite having taken time off from work, Farshad jumped into action. He quickly reviewed the video from multiple cameras at the property during the time of the incident and sent requested footage to authorities. This timely video turnaround played an integral part in furthering the investigation since the footage contained crucial evidence.

“Based on the severity of the incident and the urgency that was needed by police, time was crucial in making sure they could apprehend the individuals responsible,” Raoufi said.

In Appreciation for His Service

To Farshad, being a part of Stealth Monitoring is more than just a job. He strives to make a difference in his community. Based on a comment from an investigating detective about this incident, Farshad succeeded.

“Firstly, let me express my appreciation for the help and cooperation we have received from your company,” the detective investigating the crime said in an email to Hugh Wong, executive VP, Stealth Monitoring, Canada. “Farshad truly went above and beyond the call last night and it resulted in great advances in the investigation.”

According to Wong, this statement captures the true essence of Farshad’s work ethic as well as the type of company Stealth strives to be on behalf of clients and community partners.

“Without hesitation, Farshad took it upon himself to work well into the early morning hours, during his time off and with a newborn baby at home to provide valuable information for a very serious criminal investigation that garnered a great deal of public attention in the city,” said Wong.

Save Crucial Time with Video Review

Stealth’s video review process is part of our advanced customer support. Video reviews often require our team of trained analysts to pull hours of footage from all relevant cameras on the site. That footage is then analyzed and edited into a condensed clip that can then be sent along with a written summary to the customer, police and insurance companies. In addition to pinpointing criminal activity, our video reviews are often used to verify deliveries and last-to-leave reviews, as well as defend against fraudulent injury claims. On average, our team analyzes more than 55,000 videos every year.

“Our video review goes far beyond simply downloading footage and providing clips to clients,” Wong explained. “When executed properly, there is a real forensic analysis performed by the team, which on numerous occasions assists in identifying and fully understanding accurate timelines, as well as how incidents unfold.”

Farshad’s actions embody Stealth’s mission to provide peace of mind for our customers – anywhere, anytime. He adds, “We care for each incident and know each time we help others, it creates a bigger impact for that individual and the community.”

We’d like to congratulate Farshad for this honor and thank him, as well as the rest of our monitoring team in all 5 monitoring centers, for their continued hard work, veracity and dedication. 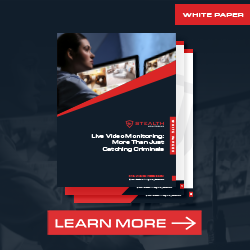 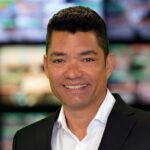 Live Monitoring And Your Auto Dealership