Most multifamily communities have video surveillance cameras deployed to capture and record events, especially in common areas such as mail rooms and laundry facilities. It’s important, though, to make these cameras work proactively instead of viewing events after-the-fact, so that potential damage is deterred before it has the chance to take place.

Stealth’s live video monitoring does just that. Trained security operators see events taking place in real time. They watch and evaluate as the situation happens and can take immediate action.

The following video shows how trespassers were spotted before they even arrived on a community’s property, how our trained operator watched and evaluated their actions, and then activated the on-site audio warning that sent them running!

Three individuals riding bicycles on a sidewalk alongside the perimeter of a multifamily residential community came into the field of view of a Stealth camera. One of our trained operators watched as they rode to a secluded section of the property.

Two dismounted their bikes and hid them behind some city-installed equipment while the other stayed on his bike. Now on foot, the two jumped down into what seemed like a sunken walkway leading to a door while the third watched from above on a bike, hanging onto a railing for balance.

The two individuals walked over and manipulated the door, which appeared to be locked. Our operator sounded the onsite speaker warning, sending the two individuals running to their parked bikes and fleeing the scene close behind the individual who never dismounted his bike.

Our operator also contacted the local police department and provided descriptions of the subjects and the exact location on the property to inspect should there be any property damage reported.

Security that is effective in deterring unwanted situations-in-progress requires a proactive approach. Instead of waiting for an incident to occur, an alarm to trigger and then responding afterwards, proactive security responds the instant a situation begins. On multifamily residential properties, this can mean deterring break-ins, burglaries, trespassing and loitering before any damage is done.

We work with you to develop pre-determined protocols as to how you’d like us to respond. These typically include our trained operators activating speakers at unwanted trespassers. This commonly sends them running off your property because they realize they are being watched.

As shown in the video above, the three individuals thought they were being incognito, when in fact, our advanced video analytics saw them while they were still in route to the community. This discovery gave our trained operator time to watch and evaluate the situation, deeming an audio warning necessary. The individuals responded as we’ve typically seen – they ran!

Additionally, if the audio warnings are ignored, our operators can call police, give descriptions of suspects and their last known location, and live reports of the situation often before any damage is done. Stealth’s proactive security solution is so effective that police officers usually arrive on-site to effectively manage the situation while criminals and other unwanted individuals are still there.

Taking a proactive approach to security at your multifamily residential community does not have to be difficult. Contact Stealth’s security specialists today to learn more about how our solution works to deter unwanted situations before any damage takes place on your property. 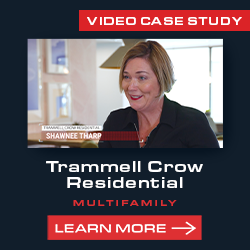 How to Safely Reopen A Construction Site After COVID-19