A 27-year-old Farmington Hills, Michigan man is currently being held in Lucas County jail for stealing a car from an Oregon, Ohio dealership. Apparently, this is only one car dealership theft in a string of many instances occurring in northwest Ohio. These are possibly connected criminals approach dealerships as potential buyers and switch out the dealerships’ car keys with keys of their own. Once the businesses are closed for the evening, the criminals return for car dealership theft. Fortunately, in this incident, the car dealership employee immediately recognized the false key and alerted the police. The criminal was charged with auto theft and is being held in lieu of a $25,000 bond.

A burglar breaking into a San Francisco dealership through the building’s roof and stealing a well-known television personality’s 2008 Lamborghini Gallardo Spyder.

There has been a recent increase in catalytic converter theft from underneath parked vehicles. This theft is especially common for car dealerships in Las Vegas. According to Chapman Dodge Chrysler Jeep General Manager, “It hasn’t just been in our store. It’s been a number of other dealerships in Las Vegas. I’ve spoken to other dealers within the franchise organization, and they are seeing this happen a lot too.”

Catalytic converters not only assist in filtering car exhaust, but contain valuable platinum (which is currently worth more than gold). The catalytic converter criminals make quick cash at recycling centers.

While these criminals are only stealing a fraction of the car. These costs are amounting to thousands of dollars for dealerships. Catalytic converters requires quite a bit of effort and hardware to remove. Some dealerships have faced up to six thefts in a night. Las Vegas Police are vigilant about this theft trend.

Knowing about the kinds of car dealership crimes around the country (false keys, roof entry and catalytic converter theft) is your first step towards taking action. The next step is prevention. Live video monitoring can be a dealership’s first line of defense against would-be perpetrators. Old technology including burglar alarms or event based monitoring is not dependable, and maybe helpful only after an incident has occurred.

These auto dealerships are not clients of Stealth Monitoring.

Stealth Monitoring is a security industry leader in live video surveillance with over 9,000 video cameras watched nationwide. Stealth proactive video monitoring can detect and deter crime in cities in the U.S. and Canada while reducing security guard and other expenses. Stealth’s virtual security guard service can reduce or even replace security guards at a fraction of the cost. A Stealth operator can see car dealership theft at the Lamborghini, Jeep, and Dodge dealerships, activate a speaker warning to deter thieves, and call the local police.

Please contact Stealth today for more information to protect your car dealerships. Visit our web site to see actual videos of criminals being apprehended at a range of commercial businesses. 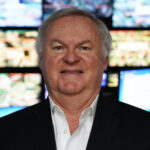