The suspect climbs over a red storage container. Stealth Monitoring calls the local police. The trespasser climbs a yellow crane.

Stealth Monitoring updates the local police about the trespasser’s movements and location. Local police arrive at the Stealth client’s location. The responding officers find the suspect.

The construction site trespasser is placed under arrest at about 5:30pm. The police are able to arrest the suspect before he caused any damage to himself or the the property.

This problem occurs all over the United States. One construction site trespasser case happened in Houston, Texas.

One trespasser jumped through a third story window and landed hard on the ground. He was taken to a local hospital. A female trespasser was also taken into custody.

The suspects were both charged with trespassing. Houston Police said that additional charges could be filed. 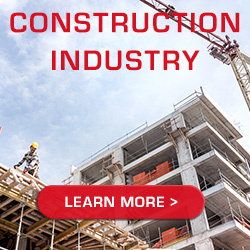 Did You Know There’s a Way to Lower Insurance Premiums in Construction?