For some individuals, construction sites are very tempting. They are filled with heavy-duty equipment, lumber, tools – all valuable items to vandals seeking a high from damaging things and thieves looking to steal and re-sell such items. The following video shows Stealth’s proactive remote video monitoring security solution in action as a trespasser was deterred and arrested for theft at an active construction site.

A trained Stealth security operator noticed a dark colored sedan appear in camera view alongside an active construction site. Our operator continued to watch. An individual, who exited shortly after the vehicle was spotted, entered the site on foot. The trespasser walked around and then climbed over the fence, exiting the site.

A little later, the same individual was seen by our operator re-entering the construction site. Our operator used a variety of cameras placed on site to watch the trespasser proceed further within the site. The individual had some unidentifiable items in hand.

Our operator called local dispatch for police and informed them of the suspects location.

Meanwhile, the trespasser continued toward a piece of heavy equipment. After tampering with it, the individual walked away and set two objects onto the ground. The trespasser noticed police officers arrive in the vicinity of the site and attempted to hide.

Officers intercepted and placed the suspect under arrest.

Darkness Not Enough to Hide from Stealth’s Remote Video Monitoring

Construction site security needs a balance between daytime and nighttime security. During the day, workers are present and active; vendors are delivering supplies; meetings are taking place; etc. However, at night, when all is still and quiet, vandals and thieves see an opportunity and can try to take advantage of the darkness to try to hide themselves and their unwanted activities.

As seen in the video above, the individual trespassed, tampered with a piece of equipment and attempted to steal some items when it was dark, but Stealth’s security solution helped detect and deter this situation. Our solution works in real time using video surveillance cameras, advanced video analytics and human intelligence. What’s unique is that our video analytics allows the camera technology to filter through video streams and detect certain activities without the help of people. If the technology identifies an activity that could need the help of a person, it sends an alert to our highly trained monitoring operators.

Our operators are prepared to look for and see what is happening in real time on a site. They analyze and then determine next steps to help deter any unwanted incidents. The steps that our operators engage with are pre-determined by site owners and managers. These could include sounding an onsite warning via a speaker placed on the site. This is usually enough to send trespassers running from a site because they didn’t realize they were being watched in the first place.

Police and other authorities can also be contacted as well as site owners or on-call site foreman. Officers usually arrive on site while suspects are still present and sometimes while committing unwanted acts such as vandalism and theft.

Contact our construction site security specialists today to discuss how Stealth can watch your site in real time while saving up to 60% on security expenses. 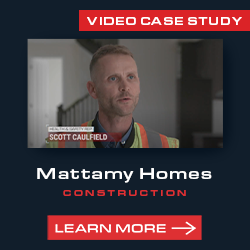